The Dennis C. Haley Pilot School in Roslindale, MA, part of Boston Public Schools, had run out of space. The middle school students and teachers were separated from the rest of the k-5 grades for over a year, spending their day’s miles apart on two separate campuses.

Triumph Modular was tasked with constructing an efficient school addition to bring the Haley community back together. The 8,000 square foot modular building that was built is comprised of 18 modules. The new building houses four classrooms, a double all-purpose room, and restrooms for occupants. Triumph also built a beautiful glass entrance, which is a welcoming space for visitors and connects the two buildings.

The building has many sustainable elements including high-efficiency heating and cooling systems that are 30% more efficient than the base code. There is great daylight in the classrooms and efficient LEDs controlled by occupancy sensors are used when the sun isn’t shining. Rainwater is collected in barrels to be used on the gardens and eco-materials such as FSC wood and low VOC paints were incorporated. Significant site improvements were also done as part of the project to properly manage stormwater runoff on the site.

All of this work – from design to occupancy – was accomplished in six months and Triumph was actually on the site for only eight weeks. This ensured that teaching and outdoor programs could continue without much disruption from construction. The school is thrilled to have this new school and be back “home” as one community. 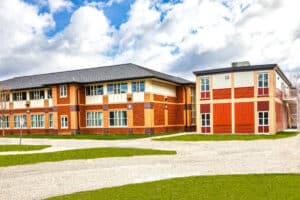 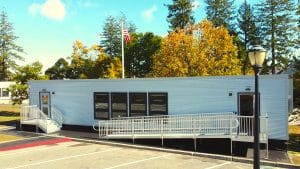 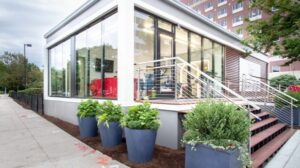 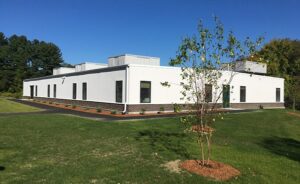 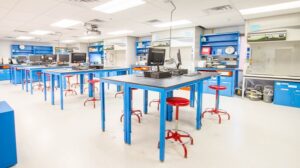 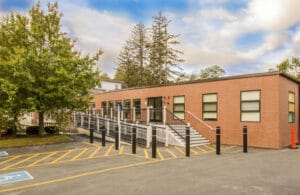